To use this site your Internet browser must have Cookies enabled.

Learning to drive a car with manual transmission

No one drives stick any more. In truth, it’s tough to find a car with a manual, mostly because people don’t buy them (and so automakers don’t make them). This is a crying shame. A manual transmission ensures both driver and machine are intimately operating as one, with each flick of the wrist resulting in a mechanical maze of interconnecting cogs, slicing together crisply (if you’re doing it right) and challenging the driver’s coordination and skill. It’s a wonderful sensation.

Driving an automatic transmission is a bit like riding a stage of the Tour de France on a motorcycle - easier, sure, but it’s not how Lance intended.

Admittedly, there’s a time and a place for a stick. That time is probably not when sat in insufferable traffic. But it is when cruising along a country road, your favorite tune on the radio, the windows rolled down with the deep orange sun plunging towards the horizon. Everyone should experience the joys of driving a manual transmission, and yet many simply don’t know how to operate one. Here’s what you need to know to feel confident driving stick.

A car with a manual transmission has three pedals. The right two will be familiar—the throttle and the brake—with the third on the far left the clutch. When fully depressed, the clutch is disengaged. This allows you to change gear using the stick. Once the shift has been made, release the clutch and—voila!—you’re in the next gear. No biggie. Only, the actual application is not as easy, initially, as it may seem.

First, note how many gears you have. Most cars will have five or six; a few modern vehicles may even boast seven with older cars sometimes featuring just four (remember the old phrase, “four on the floor”?). When the gear lever is in the middle, where you can wiggle it from side-to-side, you are in neutral. Neutral is not a gear, rather it is the absence of a gear. Here, you can rev the engine and you won’t move. Neutral is where we should be when starting the car. Never select first gear until you’re ready to go. 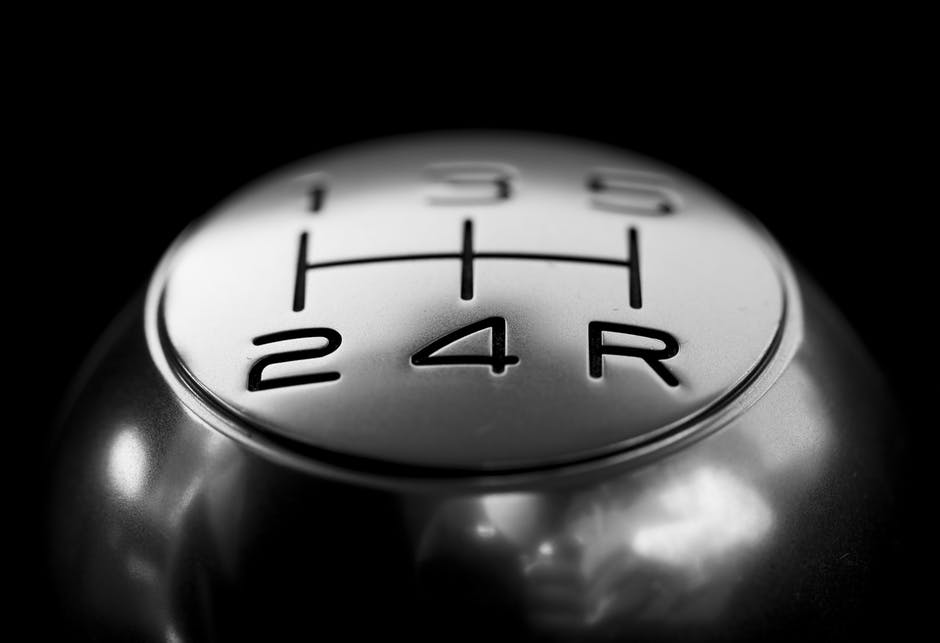 Before we start (with the engine off) depress the clutch and practice moving the gear lever through the gears. Going from first to second gear will be a matter of pulling directly back, while second to third will be diagonally across. Most (but not all) manual transmissions feature a diagram on the stick to show the layout of the gears. Spend some time feeling this out. Get used to the motion of selecting a new gear, both when going up the gears and also when returning back down. Each time you want a new gear, press the clutch, select the next gear, and then release the clutch. Repeat this each time. Practice being smooth with the clutch release. This will be important when on the road.

How will you know when to change gears? The rev counter will help, although before long you’ll simply do it by feel. You’ll notice the revs go up numerically from one to maybe eight or nine. This indicates how many thousand rpms the engine is turning. A good rule of thumb is to change gear at around 3,000 rpm (or three on your tachometer). Basically, if you hear the engine revving loudly, it’s probably time to shift. You can wait until the needle is hitting the “redline,” roughly 7,000 rpm or so in most cars, prior to shifting. But that technique is typically used only for spirited track driving.

OK, let’s try this on the road (preferably a quiet street with no cars, or, even better, an empty parking lot). Make sure you’re in neutral and start the car with your foot on the clutch. Again, the clutch disconnects the cogs in the gearbox so you can switch gears smoothly. If you don’t use the clutch, or don’t depress the pedal far enough, the grinding noise will be horrific. This is not a good thing.

With your left foot on the clutch, select first gear and release the handbrake. Your right foot should be on the brake. You’ll want to slowly release the clutch until you feel the biting point, at which time release brake and move your right foot onto the throttle and gently squeeze, bringing the revs up to around 2,000 rpm. Again, every movement should be smooth and slow. Too sudden and the car will lurch and, likely, stall.

Once the car is moving (it may take a few tries) gently accelerate to around 15 mph, at which point take your right foot off the gas pedal, depress the clutch with your left foot, and pull the gear lever back into second. Then, slowly, release the clutch again. Once you feel the gear engaged, you can continue accelerating or maintaining speed with the throttle.

As you go through each gear, the process is precisely the same. If you hear the car revving loudly, it’s time to change up. If the car is bobbling and stuttering, you may be in too tall a gear and need to shift back down.

As you approach a stop sign in, say, fourth gear, you don’t need to go to into third then into second and then, finally, into first. Simply depress the clutch and go straight into neutral. You can now just coast to a stop.

However, if you’re approaching a tighter bend and need to change down a gear, release the gas pedal, depress the clutch and change to the next gear down. Now, slowly release the clutch. You don’t want to change down until the last moment so as the revs aren’t too high; wait until the revs are at around 2,500 rpm before changing to a lower gear. If you change too soon, the rear wheels will lock once you release the clutch and the car will, again, rev loudly. This means the engine speed is not matching the wheel speed.

An experienced driver would overcome this with a technique called “heel-and-toe.” This isn’t something I’ll go into here (I’ll tackle this is another post, so check back soon). But I will leave you with this marvelous video of Ayrton Senna, perhaps the greatest race car driver to have ever lived, using the technique (in his loafers) aboard an Acura NSX.

In all likelihood, with around 15 minutes of practice in a deserted parking lot, you’ll be feeling comfortable and able to speed up your shifts. You should also practice reversing. Here, select reverse with the clutch engaged and start as you would in first. You’ll just creep backwards rather than forwards.

When you’re practicing, you should find a hill to start on. Use your handbrake once you stop in neutral. Shift back into first, release the clutch until it bites, start to slowly accelerate while at the same time release the handbrake. This ensures you won’t roll backwards on the hill while getting moving.

Once you’re done driving, always remember to engage your parking brake. There is no “park” setting like in an automatic car, so if you forget the parking brake, your car may decide it no longer wants to reside on your driveway.

At first, driving stick may be intimidating. It can be frustrating, and you will stall many times. Don’t give up. Mastering the technique is incredibly rewarding. It also ensures you pay more attention to you’re driving (because you have to) and eliminates the likelihood of bad habits like texting behind the wheel (because you’re often pre-occupied with shifting).

Cars seldom arrive with sticks nowadays. But that doesn’t mean we shouldn’t seek one out and figure out how to drive it. It’s like learning another language. Sure, English will be sufficient in most built-up areas of the world. And yet the challenge to learn to something new, and the reward we feel once accomplishing it, makes it a challenge we should all embrace.